Heading to the Ha'apai island group

Upon our arrival in Tonga we checked in with the government officials at the capital city Nukualofa.  Finally, we are clear to leave Tongatapu and sail to the more remote island group of Ha'apai.  We go to Tongatapu, the capital city, to check into the Kingdom of Tonga.  And we immediately apply for a 4 month visa extension.  With our extension in hand we sailed off on the 23rd of July.  Actually, the water was calm and no wind so we motored off.  But, we were on our way.


It took us 8 hours to get into Ha 'apai.  We planned to head to one of our favorite spots but since the trip took longer than planned due to no wind we couldn't get there before dark.  Rich was planning to follow our old track from last year so we could continue in the dark.  But, he noticed an island, Tonumea, that appeared to have a sandy patch we could anchor in for the night.  So by this time it was completely dark and using his satellite photos he drove to the spot and we dropped the anchor.  It was a little eerie because I could hear huge waves crashing nonstop on both sides of us but I couldn't see anything.  And it was loud so I could tell it was fairly close.  The sky was pitch black and the stars were bright.  We could see the milky way too.  We were eager to see what it looked like in the morning.  Below is a photo that explains all the noise.
We were considering going in to the beach but Rich saw there was a house and some dogs.  Rather than intrude on the locals we continued on to our destination.  We pulled the anchor up at 10 AM and we arrived at Uonukuhihifo at 6 PM.  We took a few detours when we saw whales and we stopped a few times too.  There is a really long reef  (11 NM long and 4 NM wide) just before Uonukuhihifo and we saw several groups of whales inside that area. 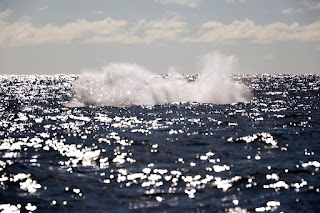 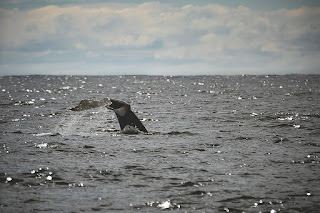 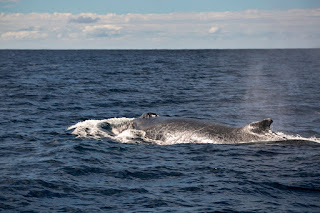 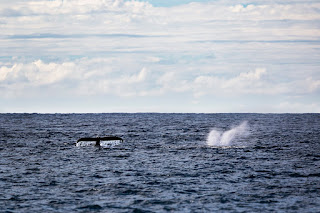 As we pulled into Uonukuhihifo we saw our friends on Manawai were anchored there as well as another boat so we went a little further down to Tatafa.  Another great spot we spent time at last year.  We got up the next day and were disappointed that we weren't seeing any whales around here.  Last year this location was teaming with them.  We saw them all day long but this year nothing.  I met a Kiwi guy on the beach and he says they are late coming here this year.  The mothers haven't had their calves yet so they are still staying in the deeper water.  I hope he is right about that.

As far as the beaches in Tonga go Tofanga is one of my favorites.  It has a large sandbar joining it to the island Uonukuhahake.  The sandbar is mostly submerged at high tide.  Read the post Tofanga Dive Bombing Birds from 2018.

I was disappointed this year that the birds weren't here.  It felt lonely on the beach without them.

Rich found a great isolated coral head to go snorkel approximately 1.2 miles away.  We went there last year and loved it so we headed back.  It turned out to be better than I remembered.  There was a lot I missed last year.  There is a really cool cut in one side of it that you can swim through.  And a lot of huge bommies with loads of fish on them on another side.  I missed all of that last year.  We plan to get back there soon. 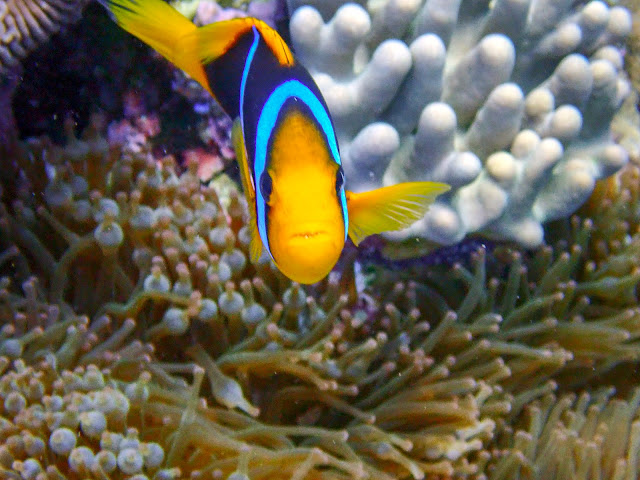 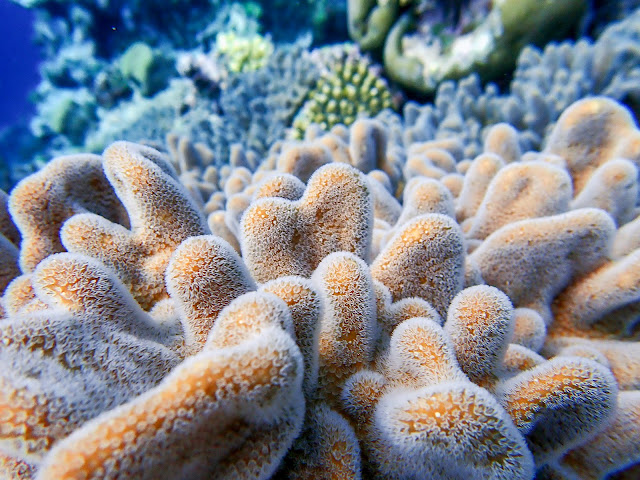 It rained for two days so Rich used the down time to build a hydrophone.  When we were in the states he tried to find one on the Internet but they were all too expensive.  So he bought all the pieces and built one!  It took him a day to get it all together.  It is amazing!!!!  We dropped it in the water for the first time and heard really loud whale song.  I recorded it with a camera to share!

The anchorage got too rolly so we moved again on 7/29 to a small island called Hakauata.  This is our first time here.  We saw a few whales on the way and some since we have been here.  They have been out in the distance but at least they are here.  And the whale song is loud!

Since the island is uninhabited all good shells weren't taken.  I found the motherload of cowrie shells, and puffy sand dollars (actually called sea gophers).  The sand dollars are echinoderms which also include Starfish and Sea Urchins.  When they are alive they have spines all over their bodies.  I found one hat still had some of the spines attached.  See photo below.  They didn't come off easily so ended up putting it back in the ocean.

The sand dollars live 6-10 years!  They don't have many predators.  What is amazing to me is that I typically find them at the top of the beach in one piece!  How do they make it through the crashing surf up the beach?  Many times the beach isn't just sloped but there will be a large step up too.  These shells are so fragile.  I have accidentally squeezed too hard and broken them.  I've dropped them on the boat and broke them.  If you look at them wrong they break.  There are many broken ones on the beaches so when you find a whole one it is pretty amazing.  The same goes for the sea urchin shells.  They are so fragile and they are more rare to find on the beach.
The  rings on the sand dollar tell you its age, like tree rings.  The one with the spiderman costume allows you to see the rings easier.