We decided to move over to Port Morelle and Mango Moon moved with us. Port Morelle is a very popular anchorage and typically very crowded because of it's central location.  Upon arrival we saw that the herd of kid boats were there.  About 8 boats that have kids on board move from anchorage to anchorage en masse so the kids can be together.  We love having kids around but have avoided the herd because they take up all the room wherever they go.  I counted 10 boats in the anchorage when we arrived.  By contrast, we would see no boats for 10 days at a time in the Haapai group.


Swallows cave is a popular attraction near this anchorage and we have been wanting to explore it.  Unfortunately, it has been rainy here the past week with another week of predicted rain!  Luckily most days do have some sun that we can get out and snorkel. Hoping to do swallows cave in the next couple of days weather permitting.

We went out to some of the nearby islands in the dinghy to snorkel and we found an unmarked little cave. That was pretty cool. There were fruit bats on the ceiling and flying around the outside entrance. You could see what looked like heat waves in the water inside and my camera wouldn't focus under water. It was really weird. So most of the photos didn't come out. But, I did get a few good photos. One of my favorite clams is here. Lisa calls them jack-o-lantern clams and it is very fitting. You will understand when you see them!
We finally had enough sunlight to snorkel swallows cave. And it worked out great because it was Sunday and Tongans don't work on Sunday therefore no tourists were at the cave!  Everyday from about 9 AM to 4 PM there will be 1 or more dive boats out front of the cave bringing tourists to swim.  We had it all to ourselves. And an even bigger treat was the tremendously huge school of fish inside! It was spectacular. If you have seen Finding Nemo you saw their behavior when they made shapes and provided directions. It was mesmerizing to watch the fish meld into different shapes in unison. The cave was dark inside and made photography difficult. I didn't notice that ISO was fixed so the camera varied the shutter speed to get the correct exposure and it was too fast, resulting in motion blur. But even so you can see the size of this school and some of the shapes it was making. 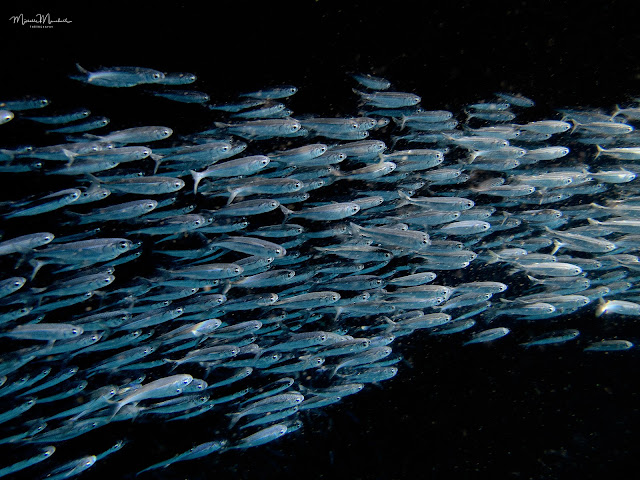 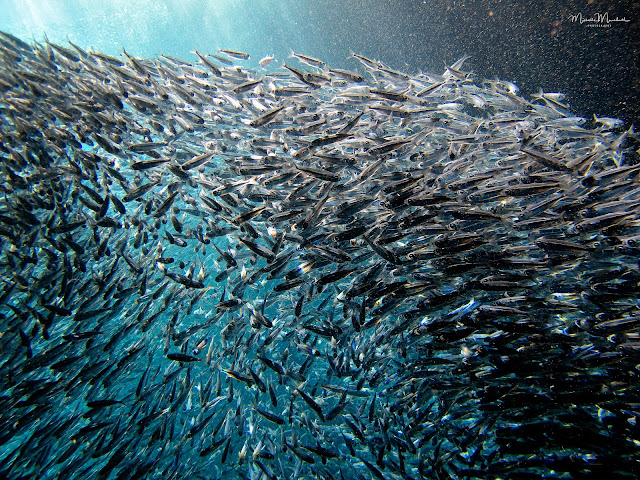 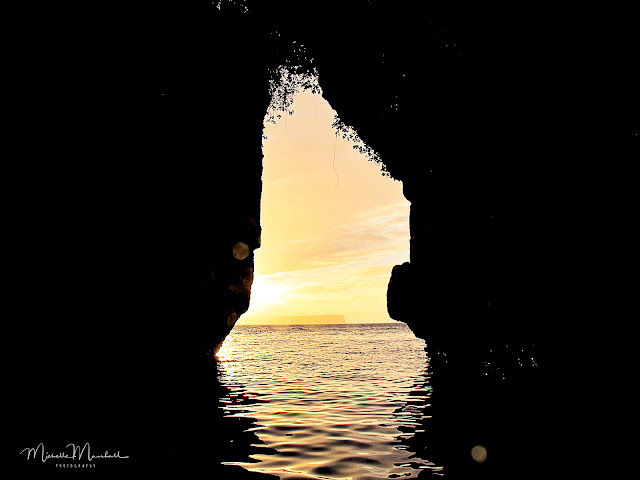 Exiting the cave the sunset made a nice photo.
There was a smaller pool of water in the back of the cave, We took off our fins and walked back into another area. You will see photos looking into the big cave from the smaller cave.
Rich put together our camera rig that has 2 external video lights and we are going back today to see if they are still there. Hopefully we get some better photos.

Well we have been to swallows cave 5 times now. It is so fascinating I can't get enough. We had a sunny day and went at 5 pm when the light is supposedly optimum. I agree it was. Perfect lighting. There were actually rainbows on the fish. Sometimes on 1 and others on several in a line. You can see it in the photos. The only issue we had was all the organic matter floating in the water that was amplified by the good light. When you see speckles in the photos it is bits of leaves. There is an opening above the cave and you can see trees u there. The water is full of whole leaves and bits of leaves.
Some of the photos are from Lisa. Her camera did a better job getting a wide shot of the entire ball. If my name isn't on the photo it is her amazing photo. She got some incredible shots and I'm thankful she shared them!
We also got some video that shows just how enormous this bait ball is and how it reshapes itself when disturbed!!!!  I can't get over how densely packed the fish are and they all move together in a synchronized fashion. Sometimes they get out of sync and fish are going every which way. That is funny to watch. The fish move around alot and some of the photos are abstract and show motion blur.

We decided to put on our scuba tanks and dive swallows cave for a change. There is a swim through down around 30 feet that takes you from inside to outside on the reef. That was cool. The reef like most places in Tonga is pretty dead and lacking in fish. It is so sad to see these reefs baron. Lisa and I were wondering what happened. Is it the higher water temperatures or did a hurricane do it, or something else. We have to research and try to figure it out. When the cause is higher water temps the reef turns white and these aren't all white so I'm thinking it is something else.
Feather stars were about the only thing I saw alive down there. I did find a big white puffy star fish clinging to a vertical coral for dear life! There were 2 big pin cushion star fish. These are new to me. Lisa pointed them out. I always thought it was a chunk of coral, but if you turn it over you see the starfish! And a dog face puffer fish!!!

To view all the photos go visit Here.