We cleared into Tonga yesterday which marks the end of our first major passage with just the two of us. We left New Zealand on June 23rd and sailed for 6 days to North Minerva Reef.   We stayed at Minerva Reef for 3 weeks and then sailed 2 more days to get to the island of Tongatapu which is the capital of Tonga.

North and South Minerva Reef are an often-used stopover for yachts traveling between NZ and Tonga.   They are a little out of the way from the route between NZ and Fiji.

I was happy to stop after 6 days at sea.  The passage watch schedule is exhausting and I always collect bruises moving around the pitching boat. The north reef is circular (3.5 miles in diameter) with an opening wide enough for any size boat to pass inside.  Every day at low tide the reef is exposed and you can walk on it.  All day long you hear the ocean roar as the waves break over the reef.  It’s a pretty cool sound.  The first day we thought we’d walk across from the inside over to the open ocean side.  It didn’t look that far but it was a long walk to get there.   From Google Earth we measured the reef width to be 1/2 kilometer at that location.

The photo on the left below is what you see from the outside of the reef as you approach it at high tide.  The waves hit the reef exposing it's location but it is mostly submerged.  The middle photo is the view off our boat at anchor looking toward the reef.  And the photo on the right is as the tide is going out exposing the reef.  The bright turquoise water outlines the entire reef due to the shallow water as you get closer to the reef.  The colors are indescribable.  I would sit out in the cock pit and just look around shocked that I was here. 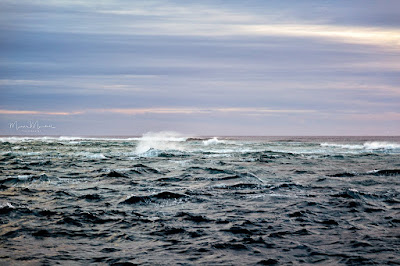 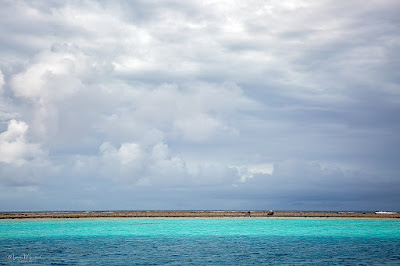 The second week we noticed several whales inside the reef with us.  It looked like a mom and her  juvenile.  We would hear them blow near the boat and run outside to watch them watch us.  Most days they would play in the center of the reef where it was about 60 ft deep.  They would tail slap, barrel roll, and wave their fins at you.  It was so cool.  One day we saw them and jumped in the dingy to get some close up photos.  When we got there they circled around us a couple of times and exposed enough of their body to blow but most of their bodies stayed under water.  I did get a few close ups.  A bucket-list item for Tonga is whale swim with some really close-up photos!

I'm actually in Tonga now catching up on posts.  We cleared in yesterday and are now anchored near our friends on Mango Moon who were docked near us in NZ. 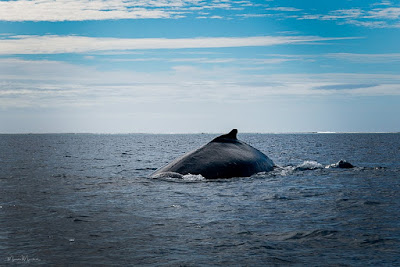 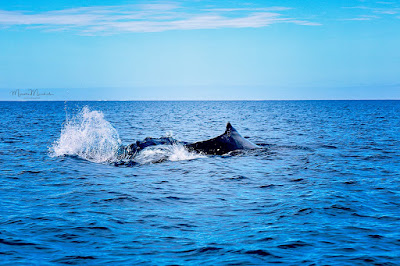 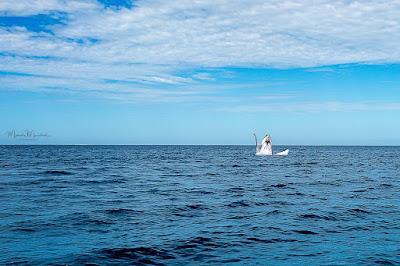 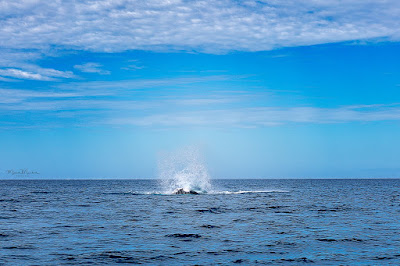 Below are some of my favorite photos from our passage to Tonga and our stop in Minerva.  We enjoyed Minerva Reef so much we are going to stop on way back to New Zealand.

To view all our photos visit Here