Around 700 Humpback whales migrate from the Antarctic to Tonga each year to mate and bear offspring. At the height of the mating season we can hear whale song clearly right
through the hull of our boat.  A few weeks ago we were sailing the boat at about 5 knots and we could hear whale song very clearly. At first, we couldn't believe that's what we were hearing. It was so clear and loud that we started peering at the water ahead to make certain we weren't going to run into a whale.

We've seen a number of the so-called heat runs. These are a grouping of intensely focused males pursuing a single female who has signaled her readiness for mating. She starts slapping her pectoral fins on the surface and before long every male in the vicinity is chasing after her. This grouping is called a competition pod and they assemble quickly and usually break up in less than an hour. Marine scientists know surprisingly little about the actual process of mate selection but one thing is for certain: when a competition pod is nearby, you know something is happening. These normally placid creatures are zooming around bumping into each other, and blowing almost continuously. There are frequent breaches, rolls, and tail fluke-slapping as the males sort out whatever it is that needs sorted.

Below is a video I took last year of a whale doing the pectoral slaps. It's a bit jerky at first but it gets better.
We've seen whales waving their pectoral fins and slapping them on the water many times this year and last. Their pectoral fins are really long - about a third of their body length. When you see them doing this from a distance it looks like they are waving at you. I suppose they are really saying: "come on over and see me sometime, big boy".


Last week after we returned from a scuba dive we were rinsing our gear and ourselves when we saw quite a few whales blowing about a mile away. We counted between 5 and 8 individual whales. We were anchored right next to a long reef and they were right up next to it. After a few minutes we realized they were coming up the reef toward us so we gathered up cameras and scooted out on to the front of the boat.

There were at least 6 whales of varying sizes and coming right toward our boat blowing like crazy. It was loud, intimidating, and beautiful! Rich was shooting video and I was taking photos as they went by the boat. As they passed by less than 50 feet away, the mist from their blows settled across us and our cameras. The two mile long reef ended in a "J" shaped hook where we were anchored. The group swam into this enclosed area and jostled about 30 minutes while I was busy snapping photos!
At the height of a heat run the males start getting aggressive. They swim on top of each other trying to make competitors drop out of the race. They have been observed breaching on top of one another and blowing bubbles in the path of each other. They can draw blood during these events by injuring the stubby little dorsal fin on top of a competitor. You will see in the photos how they are literally on top of each other. Rich says this is the real reason they are called "humpbacks" 😏

This went on for thirty to forty minutes around our boat. Eventually their numbers seemed to dwindle to 3 or 4 of the larger males who eventually turned and headed out toward deeper water. By the time they left I shot over 500 photographs. This was definitely a highlight of this season in Tonga!

Here's some of the video Rich shot as the competition pod swam around our boat.

For a better video of Humpback whales, take a look at this behind-the-scenes video about an IMAX crew filming here in Tonga.  An IMAX feature called "Humpback Whales" Directed by Greg MacGillivray. With Ewan McGregor narrating. It is an in-depth look at the lives of humpback whales and the challenges they face to avoid extinction. 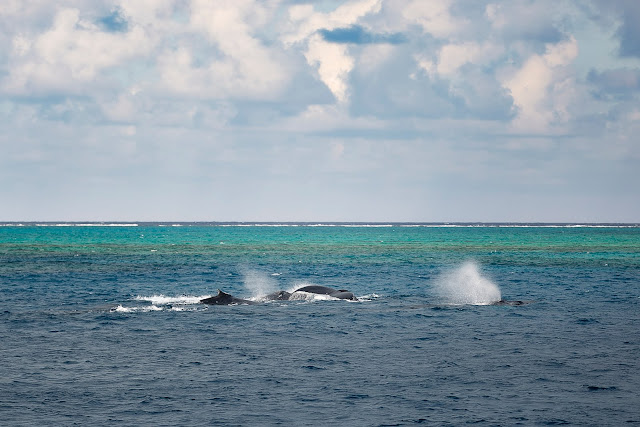 When they got to the dead-end at the end of the reef there was a scrum. The 3 on left are right on top of each other. 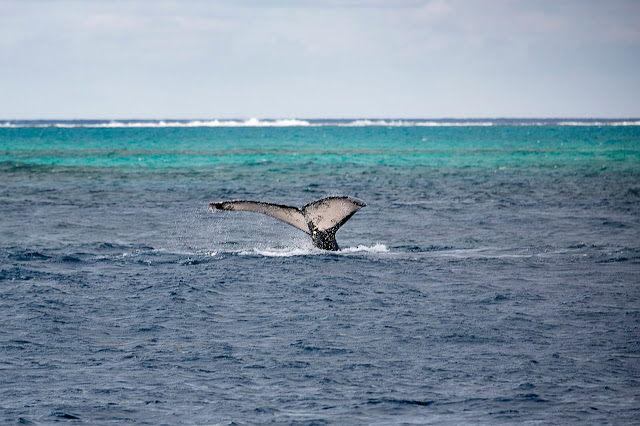 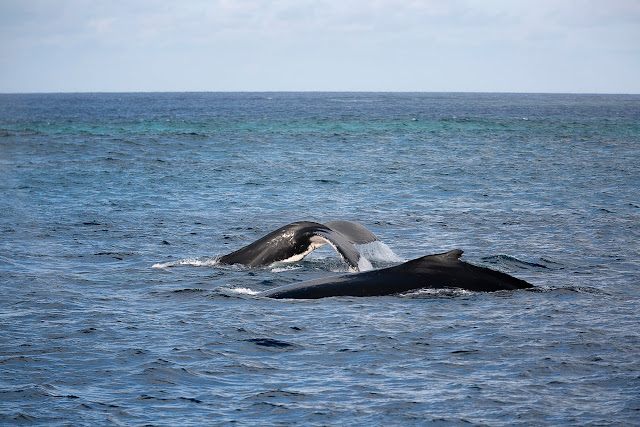 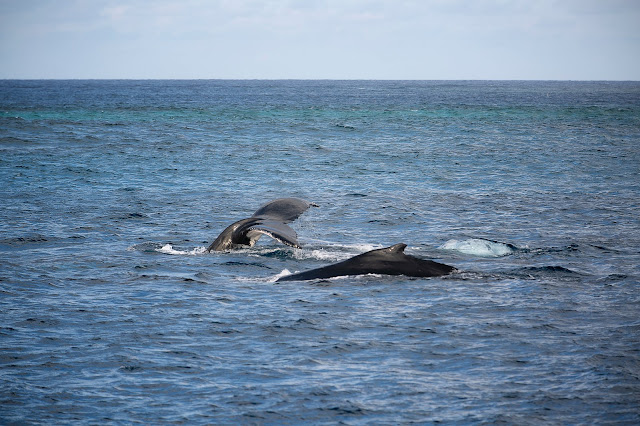 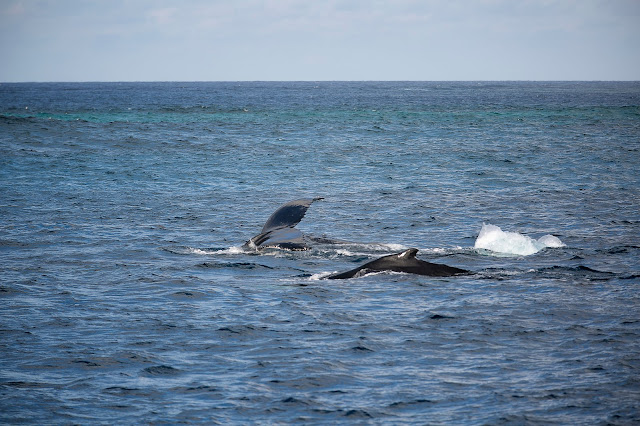 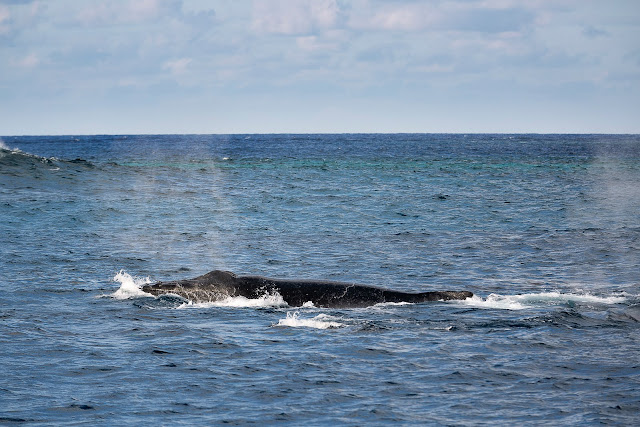 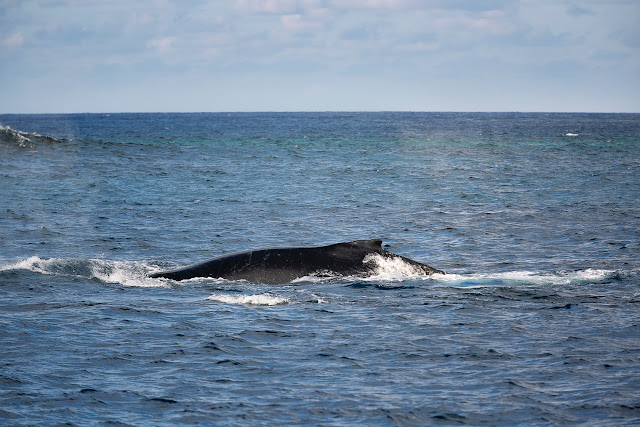 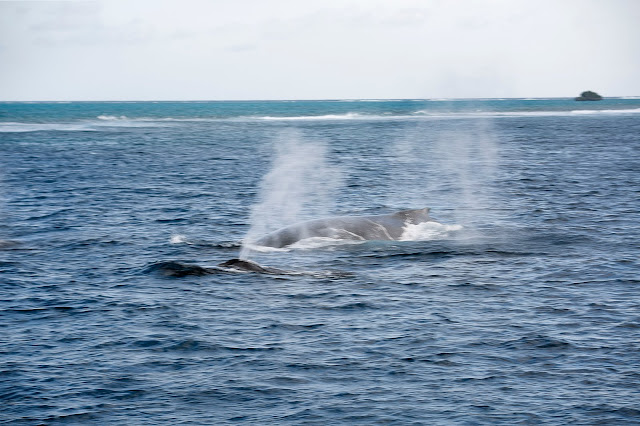 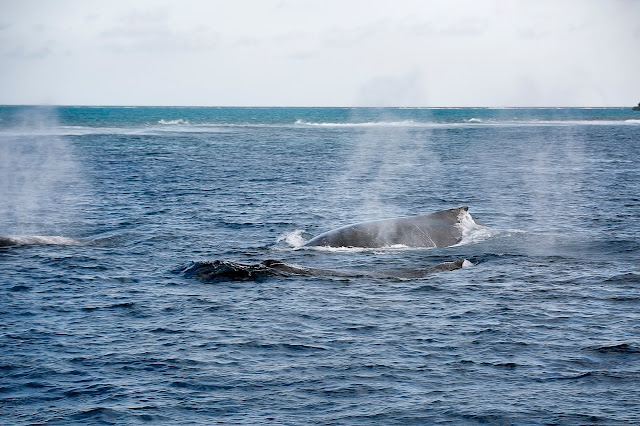 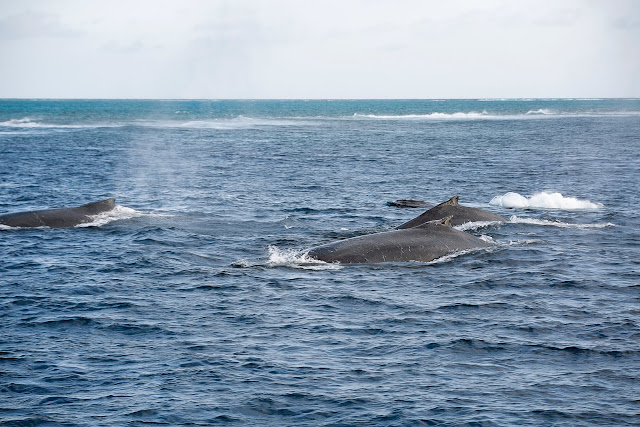 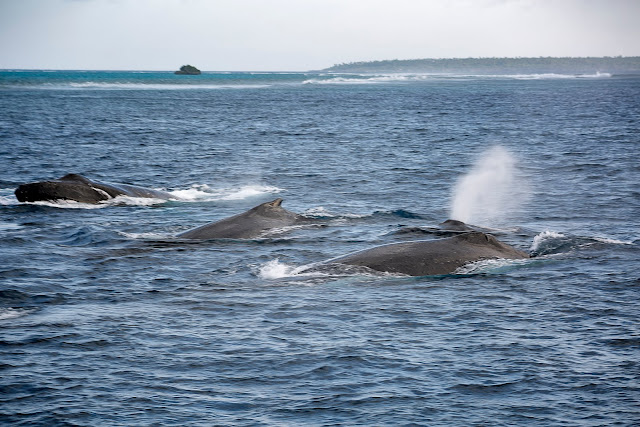 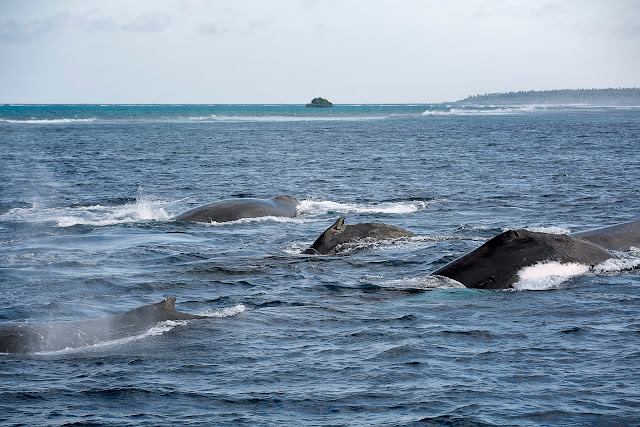 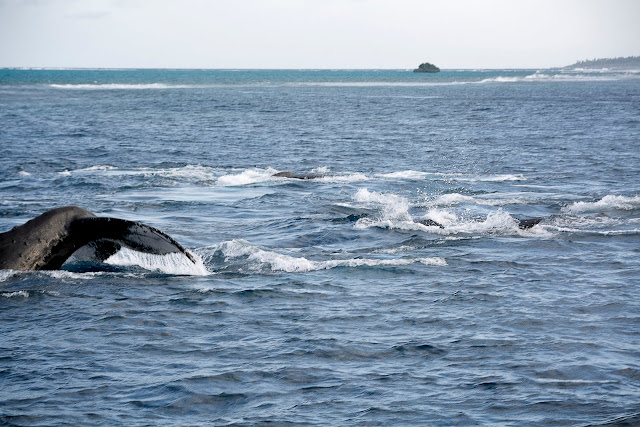 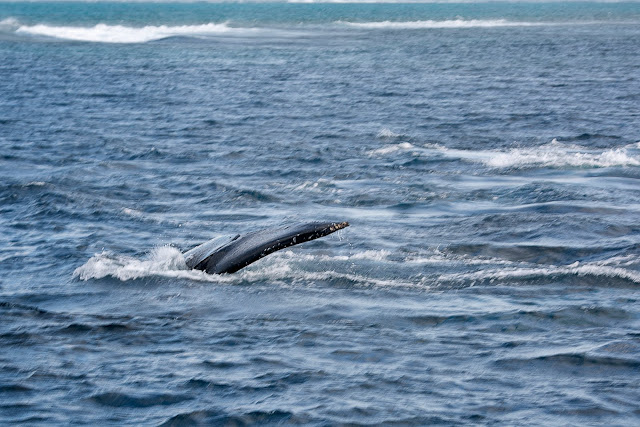 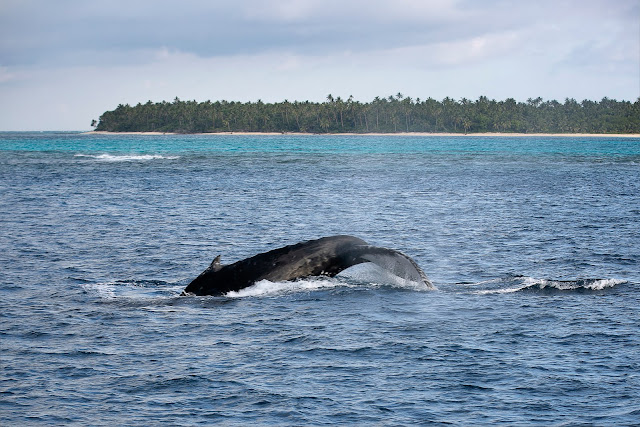 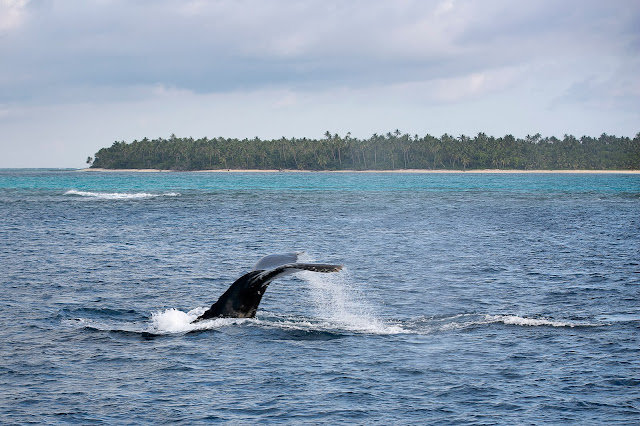 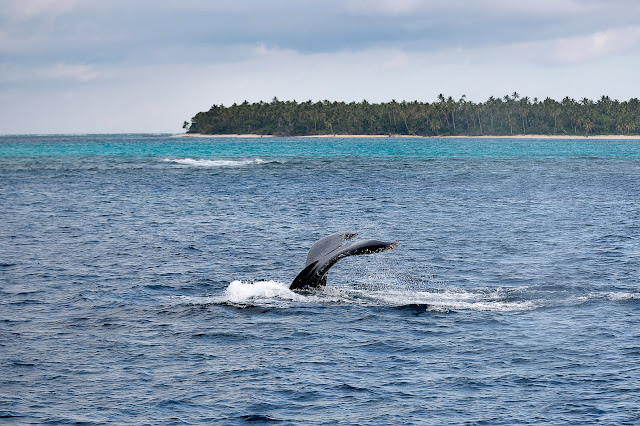 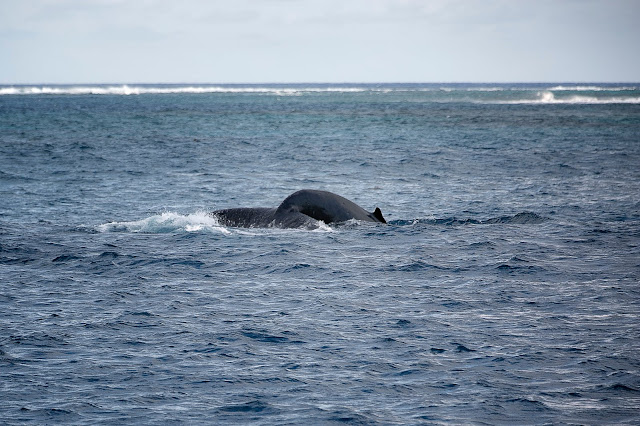 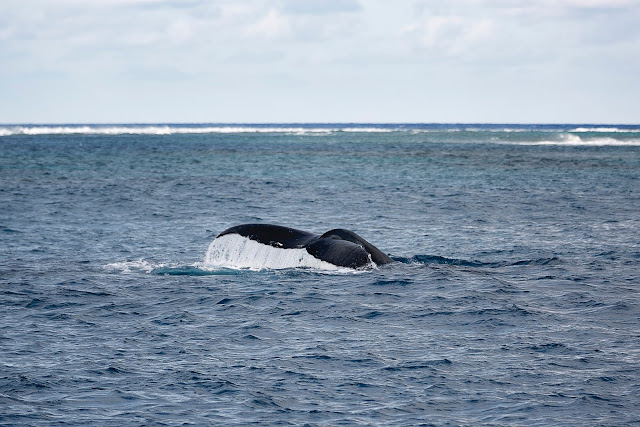 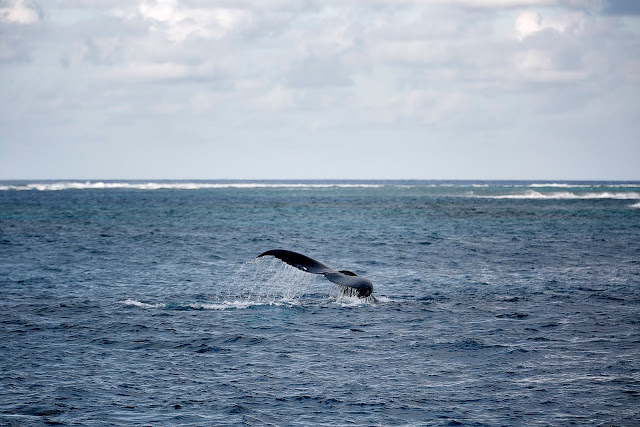 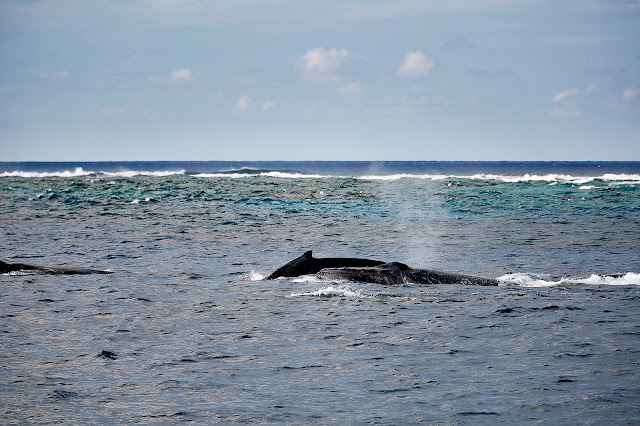 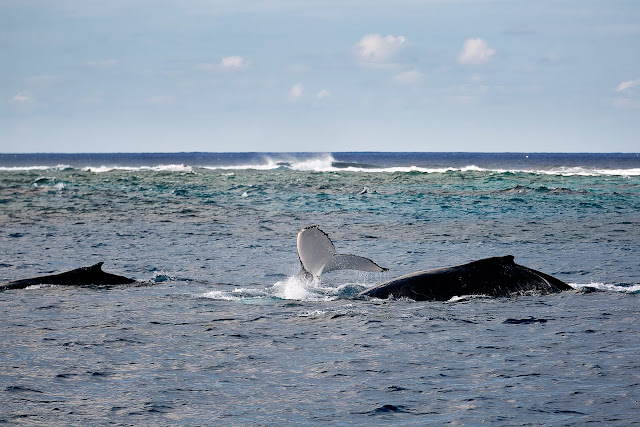 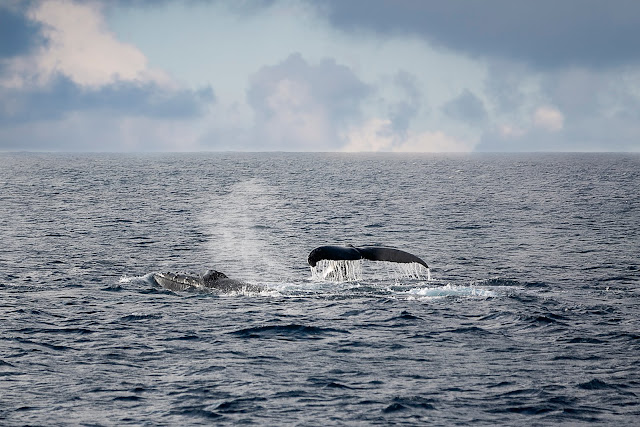 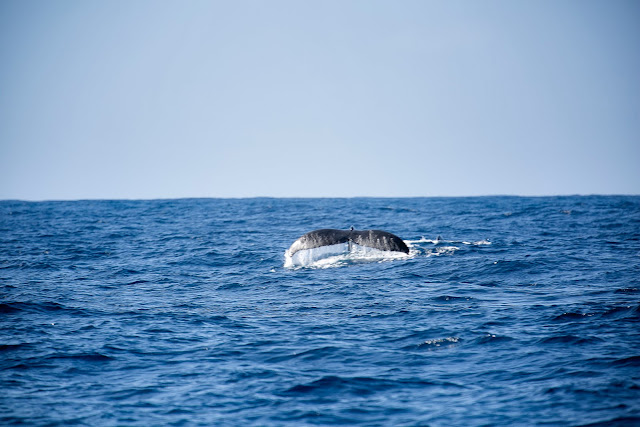 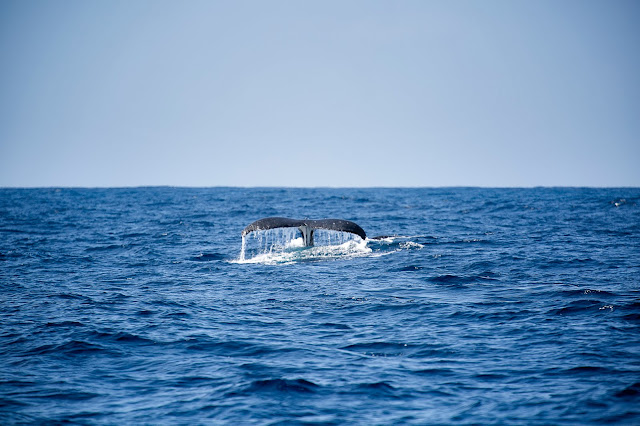 To view all the photos click Here or watch the slideshow below.