On Aug. 22nd we left Tofanga and sailed to lovely little Luangahu.  It is a beautiful little island.  You can walk all the way around it in about 15 minutes. 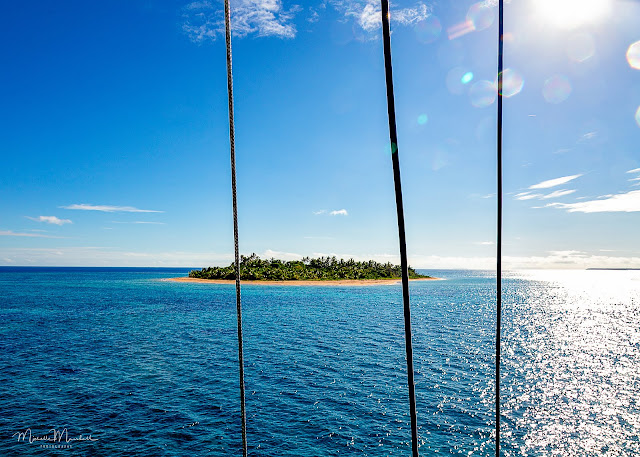 Rich hoisted me up the mast to look for whales and I took this shot.
Dolphins, fruit bats and clown fish.  This little island was hitting all the right notes!

On Google Earth we found a huge coral head that was about 30 ft below the surface on the ocean side of the reef.  We loaded up the dive gear and took off in the dinghy to find it.  We had a great dive at the location.  Two 100 foot diameter coral structures came up from the deep.  At one point I was down at 75 ft and I'd say there was at least 30 ft below me.  The steep walls are always make an interesting dive.  There was a channel between the structures with a ton of fish.  It was really cool topography.  We could clearly hear whale song the whole time.  Rich swam around the far side and spotted an immense turtle. 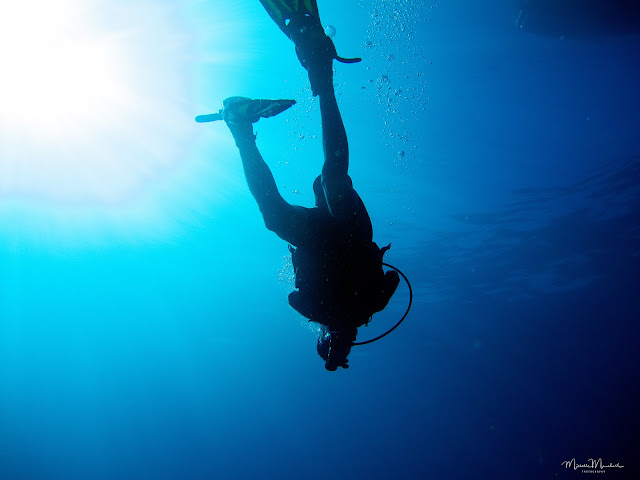 I have never seen clown fish outside an anemone.  But diving the top of the bommies I found an entire group of them swimming up on the coral.  They were smaller in size so I'm thinking they're offspring of the 2 large ones were hiding in the adjacent anemone.

There were several new types of fish we saw too. Some pretty coral orange ones and cool looking purple magenta fish. I never could get the purple ones in a photo. 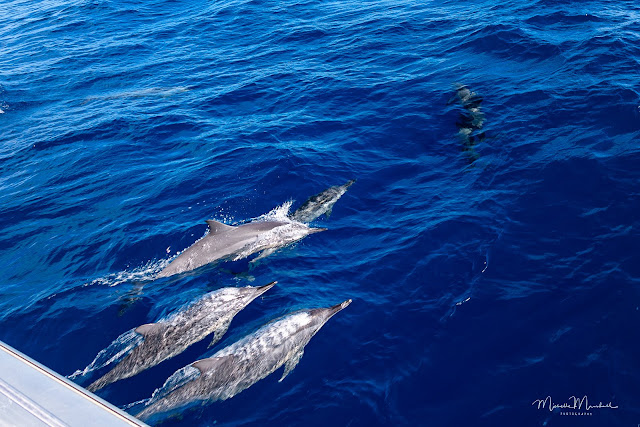 There was a large population of fruit bats on Luangahu.  They would come out at sunset and fly towards the larger islands.  They make a pretty chirping sound.  If I waved my arms at them, they would veer over towards our boat and get pretty close to us.  During our day time exploration we found dozens of them hanging in the trees on the Island. 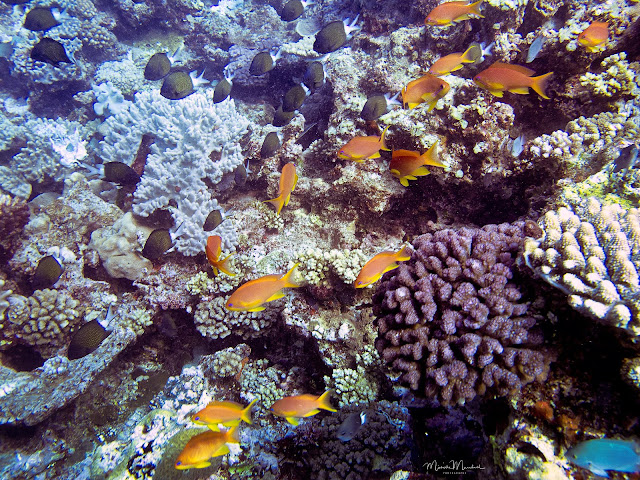 These are photos from our walk on the beach at Luangahu. It was such a small island not much going on but the pretty white birds. 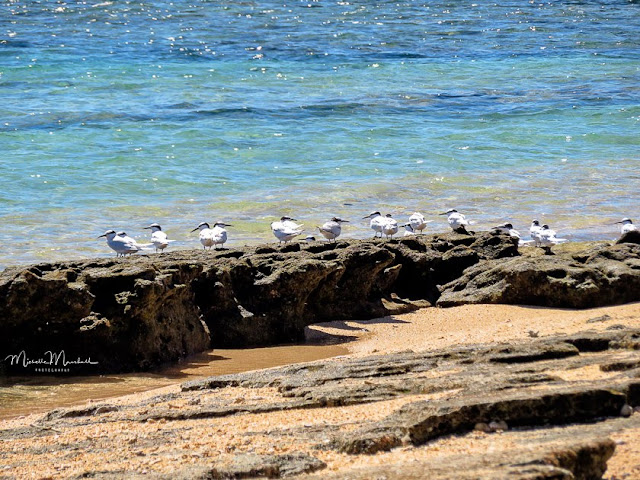 Is it just me or do Sea Gulls always seem to be up to no good? 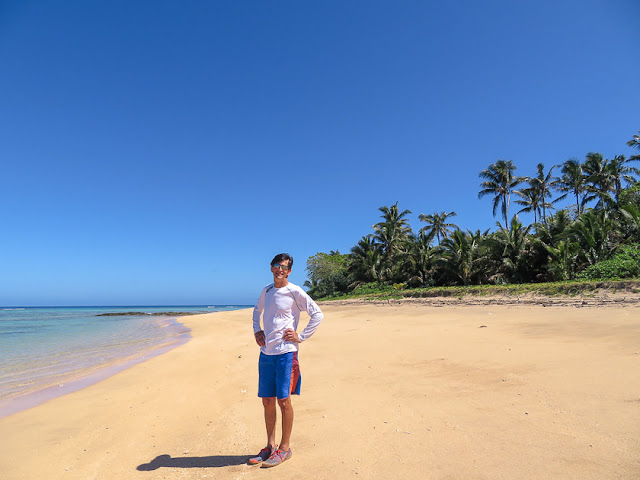 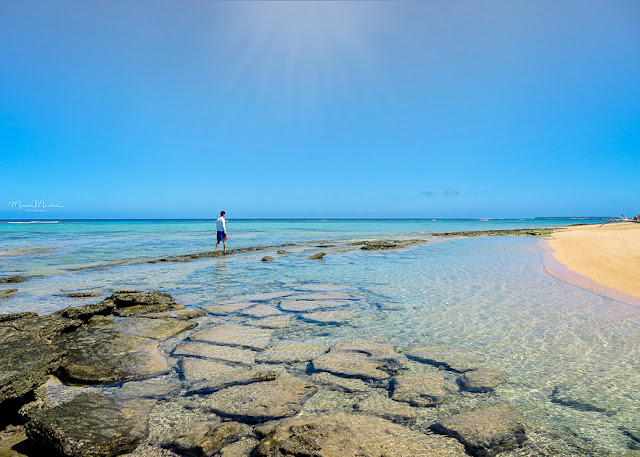 To see all our Luangahu photos visit Here